Once a Qatib after years of hard work prepared a copy of the Quran in a very beautiful article with his own hands. The desire to get his fair price drew him to the court of Lahore.

He tried to sell this copy to Fakir Azizuddin, the foreign minister of Maharaja Ranjit Singh. The fakir praised his work but expressed his inability to buy the work.

When the conversation of these two fell in the ears of the Maharaja, he summoned that Qatib in his court. On seeing that copy of the Quran, he applied it to his forehead and then looked at that work carefully. On seeing it, he bought Qatib by paying a high price.

After some time his foreign minister asked him why are you paying such a high price for this book when as a Sikh you will not be able to use it?

Ranjit Singh replied, “Maybe God wanted me to see every religion with one eye, so he took the light of my one eye.”

There is no reliable source for this story, but this story is told to this day to underline how Ranjit Singh was successful in taking the Muslims, Hindus and Sikhs of his area along. Although there was a distance of 5000 km between the French ruler Napoleon Bonaparte and Maharaja Ranjit Singh, both were contemporaries.

Sir Lepel Griffin wrote in his book ‘Ranjit Singh’, “Both were of short stature. Both had won great military victories but both failed to pass on their strength to the others.”

Ranjit Singh, born in 1780, was not good to look at. Due to smallpox, his left eye was lost in childhood and deep marks were left on his face.

Alexander Burns writes in his book ‘A Voyage up the Indus to Lahore and a Journey to Kabul’, “Ranjit Singh’s height was not more than 5 feet 3 inches. His shoulders were broad, his head was big and his shoulders were sunken. His long wavy white beard seemed to be older than his real age. He wore simple clothes and never sat on a throne or a throne.”

An English woman Emily Eden wrote in her book ‘A Country: Letters Written to the Sister from Upper Provinces of India’, “Ranjit Singh looked like an old mouse with a white moustache and one eye. He lost one leg on his own.” He used to sit on the other leg and play his hand with it. He had a strange habit that he used to wear long stockings on only one leg. He believed that wearing stockings would give him less pain in his foot. He built his empire by defeating many powerful enemies and his people loved him dearly.” When on July 7, 1799, when Ranjit Singh’s army defeated Chet Singh’s army and entered the main gate of the Lahore Fort, he was given a royal cannon salute.

His first task as soon as he entered Lahore was to attend the Badshahi Mosque built by Aurangzeb. After that he also went to the famous mosque of the city, Wazir Khan.

Noted Sikh scholar Patwant Singh writes in his book ‘The Sikhs’, “Knowing that most of his subjects were Muslims, Ranjit Singh did nothing to make them feel isolated. He built the major mosques of Lahore. Continuing to provide government aid and also made it clear that they have no objection to the Islamic law being applied to Muslims.

He appointed many Hindu and Muslim officers in his army.

The coins minted during his reign did not bear the name of Ranjit Singh, but they were called Nanakshahi coins bearing a sentence in Persian which meant, “For my empire, my victory and my fame, I am Guru Nanak and I am indebted to Guru Gobind Singh.” Maharaja Ranjit Singh was a good ruler as well as a capable military commander. He had formed the Sikh Khalsa army, which the British considered to be the best army of India.

In the foreword to their book ‘The Sikhs and the Sikh War’, Sir Charles Gough and Arthur Innes wrote, “In the Battle of Wodewash on the Indian soil, we have never faced any tougher rivals than the Sikhs since the French. 42-year-old Ranjit During Singh’s rule, his army touched many heights of heights and registered many victories.”

He never had a direct fight with the British. But he inspired Shah Shuja to regain his lost throne and fight the Barakzais, with whom the British were trying to make trade treaties.

Khushwant Singh writes in his book, “Maharaja Ranjit Singh made it clear to the British that the Russians were trying to befriend them. The kings of Nepal were in constant contact with him and there were also rumors that Maratha chiefs and Nizams were Hyderabad had also sent its representatives to meet him.” Maharaja Ranjit Singh had no formal education. He could neither write nor read. But he had great respect for educated and capable people.

The people who met him used to leave with a good opinion about him.

A French traveler, Victor Jacques, wrote in his book ‘A Journey to India’, “Our best diplomats are novices compared to Ranjit Singh. I have never seen an Indian so questioning in my life. He asked me India, Britain, Europe. And asked about a million questions about Napoleon. Not only this, he was interested in Heaven and Hell, God and Satan and many other things.

Syed Mohammad Latif writes in his book ‘Maharaja Ranjit Singh Punjab’s Man of Destiny’, “His associates used to read all the papers to him in Persian, Punjabi or Hindi. He used to talk to his people in Punjabi but always to Europeans. Loved to speak in Hindustani. He was not religiously fanatical but used to recite Guru Granth Sahib every day.

He writes, “At the last moment he had lost his speech, but he was still fully conscious. He would gently wave his hand to the south, which meant that he should be told news coming from the British border. If his hand was moving towards the west, it meant that what intelligence is coming from Afghanistan. Another special thing of Maharaja Ranjit Singh was, he never took anyone’s life except on the battle field and always treated his enemies softly after defeating them.

His kingdom extended from the Khyber Pass in the west to the mountain ranges of Afghanistan, as well as the Hindukush, Dardistan in the south, and the Chitral, Swat and Hazara valleys in the north.

Apart from this, his empire was in Kashmir, Ladakh, the area up to the Sutlej river, Patiala, Jind and Nabha. Ranjit Singh did a total of twenty marriages. Ten of these were traditional weddings. Among his wives were five Sikh, three Hindu and two Muslim women.

Apart from this, he had done ten more marriages through the Chadar ceremony. According to Hariram Gupta, there were 23 other women in his harem. After becoming the Maharaja of Lahore, Ranjit Singh’s heart fell on Moharan, a 13-year-old dancing Muslim girl and he decided to marry her.

Sarbpreet Singh writes in his book ‘The Camel Merchant of Philadelphia’, “It was customary in the family of the dancing girl that the son-in-law was accepted only when he lit the stove in his father-in-law’s house.”

“Moharan’s father did not want to marry his daughter to Ranjit Singh, so he put this condition in front of him thinking that being Maharaja, Ranjit Singh would not be able to fulfill this condition. But Ranjit Singh was in love with Mohran to such an extent. He was so drowned that he accepted this statement of his future father-in-law without blinking an eye. But the orthodox Sikhs considered it very bad. Sarbjit Singh further writes, “The Maharaja was asked to appear before the Akal Takht. Ranjit Singh admitted that he had made a mistake and was sorry for it. But despite this, he was sentenced to a hundred whips on the back. His shirt was taken off and he was tied to the trunk of a tamarind tree outside the Akal Takht.”

“Seeing the humility of the Maharaja, the eyes of some of the people present there came with tears. Then the Jathedar of Akal Takht, Fula Singh, stood up and announced that the Maharaja had accepted his mistake and agreed to obey the orders of Akal Takht. Therefore, he should be praised. Since he is the Maharaja and deserves respect, this punishment is reduced from a hundred whips to just one whip. It was to hear that everyone present there stood up and started clapping “

Later Ranjit Singh built a mosque for Moharan which is today known as Masjid-e-Moharan.

JD Cunningham writes in his book ‘History of the Sikhs’, “Moharan had such an influence on Ranjit Singh that in 1811 he got coins minted in his name.”

This coin of 2 rupees will get you 5 lakhs! Do you have such old coins? Know what to do here This coin of 2 rupees will get you 5 lakhs! Do you have such old coins? Know what to do here

January 9, 2022
Will India now make space an industry? ISRO and private sector will have a fusion in space Will India now make space an industry? ISRO and private sector will have a fusion in space 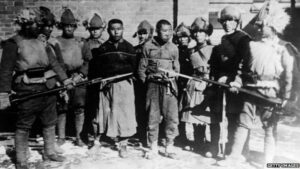 Know the story of China and Japan’s enmity 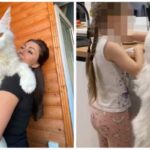 October 2, 2022
Who persuaded Shashi Tharoor to contest the election of Congress President? self opened secret Who persuaded Shashi Tharoor to contest the election of Congress President? self opened secret

October 1, 2022
Toyota Hyryder will be yours on Navratri, down payment of only ₹ 1.75 lakh, will give 28KM mileage Toyota Hyryder will be yours on Navratri, down payment of only ₹ 1.75 lakh, will give 28KM mileage