For the inauguration of the Kashi Vishwanath Dham Corridor, Prime Minister Narendra Modi took out two days for his parliamentary constituency, Banaras. This is the sixth visit of the Prime Minister to Purvanchal (East Uttar Pradesh) in the last two months.

Kashi Vishwanath Temple in Banaras has been a monthsqqbig center of faith of Hindus. From that point of view, the Yogi government is presenting both the foundation stone laying and the inauguration of the corridor during the BJP rule as a big achievement.

However, the way the Prime Minister is repeatedly visiting Purvanchal, it shows the ever-increasing political importance of this area. By the way, Purvanchal is very important in terms of seats in the four main political areas of the state (in addition to Purvanchal, Bundelkhand, Awadh and Western Uttar Pradesh). In the last two months, BJP has given full administrative and political power to Purvanchal. The countdown for the implementation of the model code of conduct for the 2022 assembly elections has begun.

Meanwhile, the state BJP is getting all its big projects inaugurated by PM Narendra Modi himself. The list of such projects is very long.

First of all, on 20 October, the Prime Minister inaugurated the international airport in Kushinagar district, adjacent to Gorakhpur. After that on October 25, he inaugurated medical colleges in nine districts of Purvanchal.

PM Modi then inaugurated the 341-km-long Purvanchal Expressway connecting Lucknow to Ghazipur at Sultanpur on 16 November and costing Rs 22,500 crore. Then on December 7, he inaugurated several projects worth Rs 9,600 crore. Apart from AIIMS in Gorakhpur, a big fertilizer plant is also included in this.

On December 11, Prime Minister Narendra Modi inaugurated the Saryu Canal project in Gonda, Balrampur and Bahraich districts at a cost of Rs 9,600 crore, and the most recent program was on Monday, when Narendra Modi built Rs 339 crore in his parliamentary constituency Banaras. While inaugurating the Gaya Kashi Corridor, the occasion was celebrated as a festival.

Regarding this flurry of projects being launched, senior Uttar Pradesh journalist Suman Gupta believes that BJP is making every effort to maintain the atmosphere in its favor.

So can poor performance in Purvanchal be harmful for Yogi-Modi’s political personality?

Suman Gupta says about this, “It is a big question to maintain the personal image of both Modi and Yogi. You will remember that in the Gorakhpur Lok Sabha by-election of 2018, when Yogi Adityanath was the Chief Minister, BJP lost that seat. At that time, he was criticized from place to place and questions were being raised on him. So he does not want to lose this bet under any circumstances.” In Uttar Pradesh’s electoral analysis and survey, the number of districts and seats in Purvanchal is often found separately.

According to a report by Zee News in July, about 26 districts of the state come under Purvanchal. In the 2017 assembly elections, BJP had won 106 out of 156 seats here.

According to a report published in the Economic Times, in the 2019 Lok Sabha elections, BJP MPs were elected on 21 out of 30 seats in Purvanchal. Along with this, two MPs of the party’s ally Apna Dal were also elected. Even in the 2022 assembly elections, the party will try to maintain its supremacy in this area by any means.

In this survey, the number of assembly seats in Purvanchal was given as 130. In this sense, this area was said to be the second largest after Western Uttar Pradesh (136 seats).

According to the survey, this time BJP has been given 61-65 seats, SP 51-55 and BSP 4-8 seats in Purvanchal. It was also told in the same survey that as the elections are approaching, the gap between BJP and SP is decreasing.

Clearly, these trends would have started ringing alarm bells in the BJP camp. Journalist Omar Rashid, who keeps an eye on these alliances, says, “Akhilesh Yadav, who is projecting himself as a contender for the post of CM, has made small caste alliances except one, all of them are in Purvanchal. One that is different is the RLD alliance in western Uttar Pradesh.

Rashid further explains, “The departure of Omprakash Rajbhar’s Suheldev Bharatiya Samaj Party from the BJP and going with the SP is a big setback for the BJP. The BJP was dependent on this party with four MLAs. In Purvanchal, BJP still needs votes from castes like Rajbhar, Chauhan, Kurmi, Kushwaha, Maurya and Saini. If a big party forms an alliance with four or five smaller parties, then sometimes a big area comes in it. This creates an atmosphere.”

Recently, many leaders of Purvanchal have been associated with the SP. On Sunday, Harishankar Tiwari, a Brahmin leader from Gorakhpur, who had been in the BSP for two decades, joined the SP along with his MLA son Vinay Shankar Tiwari and BJP MLA from Khalilabad, Jai Choubey.

BSP’s strong leader and MLA from Katehari Lalji Verma and BSP MLA from Akbarpur Ram Achal Rajbhar took the membership of SP along with their supporters by holding a public meeting in Akbarpur in the presence of Akhilesh Yadav.

These local leaders hoping for tickets will try to get the votes of their community to the SP. Akhilesh Yadav’s election chariot passed through this expressway just after the grand inauguration of Purvanchal Expressway. People stood on the streets till late night to see him and listen to his speech. After that, there was talk that despite such a big program of the Prime Minister, Akhilesh is gathering a “good crowd”. However, the BJP and its allies based on caste politics are also engaged in creating an atmosphere. On Monday, the President of Nishad Party, Dr. Sanjay Nishad said that he is going to hold a “former government and get rights, a joint huge rally” in Lucknow. In this, Union Home Minister Amit Shah and Chief Minister Yogi Adityanath will also be there.

In the Purvanchal politics of Samajwadi, this time the efforts to increase its social base are clearly visible.

Journalist Ratanmani Lal says about this, “SP would like that without playing the Muslim card, it will have a little hold in other sections there. In this election you will find that no party is asking for Muslim votes. All Hindu-Hindu taxes.” are.

Ratanmani Lal believes, “There is a thinking even within the SP that if it does politics with Brahmins, Rajbhar, Kurmi, Patel, etc., then it will be easy to build a mass base. With these alliances, perhaps she is also trying to get out of her image of a pro-Muslim. After the end of the farmers’ movement, the return of farmers from the borders of Delhi has just started. In such a situation, it may take some time to change the atmosphere in favor of BJP in western Uttar Pradesh. But now only a few days are left for the announcement of elections.

Journalist Omar Rashid believes that BJP is trying to compensate for the loss caused by the farmers’ movement from Purvanchal.

Omar says, “No campaign work is going to be very effective for BJP in western Uttar Pradesh. There, farmers’ anger against BJP has been spreading for a year now. Purvanchal has to make up for the possible losses there. Will try.”

According to him, the CM’s area is Gorakhpur and PM’s Banaras, both are in Purvanchal. Yogi Adityanath has a lot of influence on Gorakhpur and its surrounding areas. It is easy for the BJP to propagate the Yogi model from Purvanchal to the entire state.”

At the same time, senior journalist Suman Gupta says, “In 2017 the BJP got the maximum number of seats in the East. The farmers’ movement in western Uttar Pradesh may have ended, but the crisis in the lives of farmers and the general public is probably due to these things. We have progressed a lot. Now it has become very difficult for a common man to live. Suman Gupta says, “Now it has to be seen how much people can be drawn towards them by religion’s ghutti and free ration. BJP is also understanding this thing now. Knowing all this, she is making all efforts so that once again her government is formed and the opposition cannot give any big challenge to her.

On the frequent visits of the Prime Minister to Purvanchal, SP spokesperson Abdul Hafiz Gandhi says, “The activism of the PM shows that BJP is scared today. They have not done anything in the name of work and when the model code of conduct is about to come.” , so the inaugurations are being done. This is a work to mislead the public. Here the position of the Prime Minister is also being used, because the Prime Minister did not take care of the entire Purvanchal earlier and today he is coming here for political reasons.

On these allegations of opposition, BJP spokesperson of Purvanchal Ashok Pandey says, “Whenever there is any construction, elections are held in one or the other state. In such a situation, people keep accusing. The job of the opposition is to criticize. That’s it. Will continue to criticize like this. SP is not a threat to us. We have done many development works. These people are people who connect castes and do Muslim-Yadav politics. We are not in danger from them.”

April 19, 2022
Congress became the most ‘weak’ for the first time in the Rajya Sabha, no party MP in 17 states LIVE: India will help stop the war! PM Modi will talk to Putin and Zelensky today 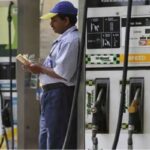